15 Best Apps to Get the Most of Chromecast

Chromecast is a Google device that allows you to stream content from Android, iPhone or computer to TV. For an even richer experience, there are a number of apps on the Play Store and App Store that are compatible with your device.

To use them, it is necessary to download them on the cell phone and share them with the device, connected to the television via HDMI. has put together the list of the best Chromecast apps, broken down by categories. Check out! 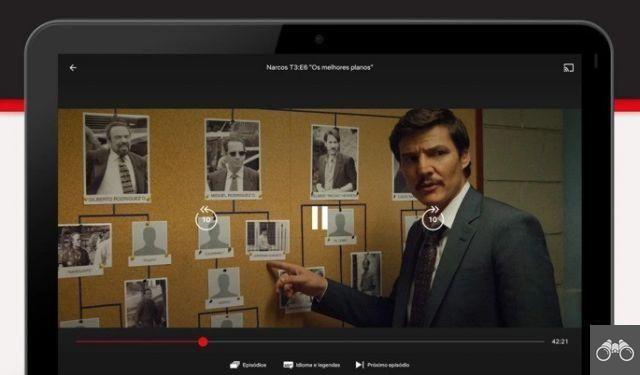 The video streaming service app is one of those compatible with Google's device. To pair, just open the program and tap on the Chromecast icon.

It is worth mentioning that to watch the hundreds of movies and series available, it is necessary to be a subscriber. If you haven't yet and want to try it out, you can try the service for free for 30 days. 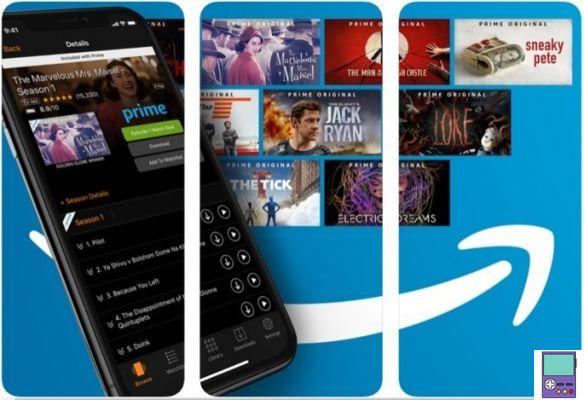 The Amazon video service app is also compatible with the Google device. Just like other apps, just press the Chromecast button to mirror the content on the TV.

To watch movies, series, shows and documentaries on the platform, however, you must be a subscriber. The platform allows you to perform a free trial for a month. You can also buy or rent titles individually if you prefer.

One of the most popular music apps in the world, Spotify is also compatible with the device. To use it, it is necessary to place a track to play and go to the icon of available devices, in the lower left corner of the screen.

The application allows you to listen to the tracks available in its catalog for free. However, for this, the sound is constantly interrupted by advertising, and there is a limit to skipping to the next song.

To eliminate these restrictions, the user needs to join one of the paid plans, which also allow the download of songs to listen to them even without internet. 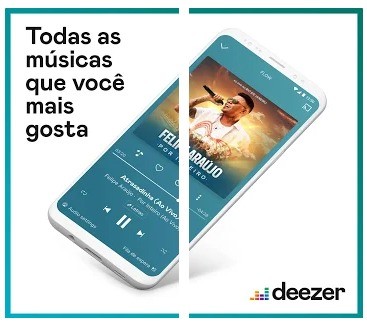 Deezer works similarly to Spotify as a music streaming service. To hear them directly from your TV, just tap on the Chromecast icon.

The platform brings together more than 53 million tracks, in addition to radio and podcasts. Like the rival, it allows you to listen to everything for free, but in a limited way.

For ad-free songs, unlimited song changes and offline listening option, only by subscribing to a paid package. 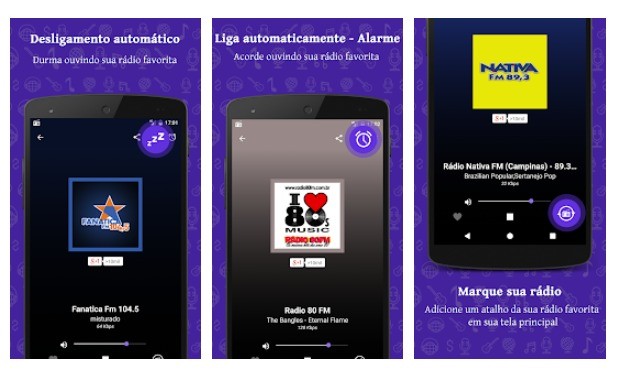 It may seem contradictory, these days, an application to listen to the radio. But there are a lot of people who, when they don't want to think about a playlist, just tune in to a station and listen to what plays.

The FM Radio app brings Chromecast a directory of over 30 stations from 190 different countries. To favorite your favorites, just double-tap them.

For those who like to go to sleep listening to music, but don't want to waste data, you can take advantage of the sleep timer feature. Just don't forget to enable the functionality on the TV as well. 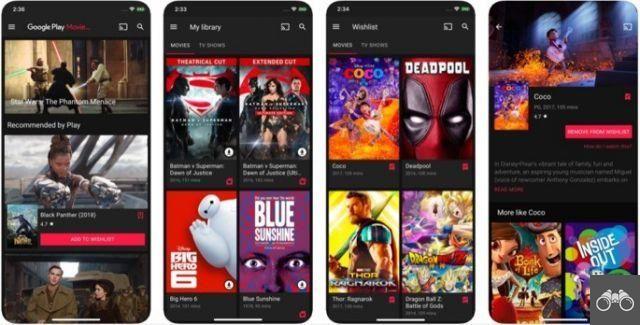 As was to be expected, as it is a Google service, the YouTube app is also compatible with Chromecast. Transmission from smartphone to device is quite simple, done by pressing the icon of To transmit.

Pairing done? So just play and enjoy your favorite videos on TV! 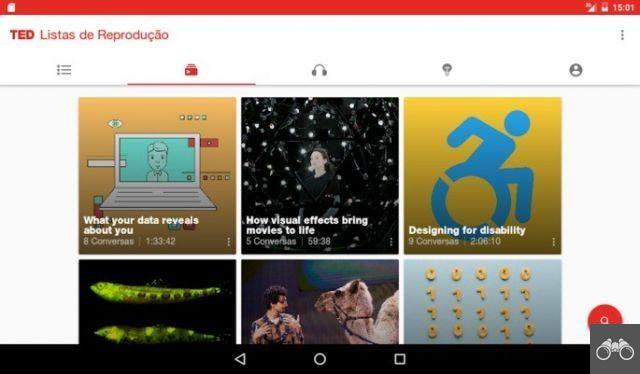 TED Talks have gone viral all over the world for covering numerous topics, ranging from science to business. Each one has a maximum of 18 minutes.

The contents of more than 2 conferences are available on the organization's app, which is also compatible with Chromecast. The videos have subtitles in over 100 languages ​​and can be downloaded (as well as audio only) for viewing when there is no internet connection.

Distinguished speakers include writer Chimamanda Ngozi Adichie, activist Malala Yousafzai, among many others.

Smart TV apps: best options to make the most of it

A success on consoles, Just Dance has a version compatible with Chromecast, Just Dance Now. To play, you need to use your smartphone as a controller and have a screen connected to the internet (which the Google device does).

According to Ubisoft, the game's manufacturer, more than 400 choreographies are available. You can repeat the movements with your friends or with dozens of people around the world.

However, to have unlimited access to the catalogue, it is necessary to subscribe to a paid package for 24 hours, 1 month, 3 months or 1 year. 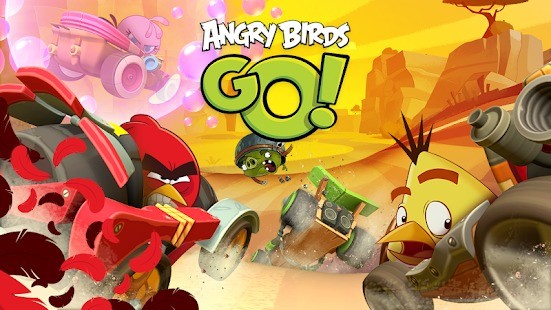 Yes, it is possible to race the birds and pigs in Angry Birds Go directly from your TV, thanks to the integration with the Google device. Your mission will be to outrun your opponents, improve your car and become the sovereign driver of Pig Island.

Play against the machine or your friends, in real-time, in local multiplayer. Do your best and win first place1 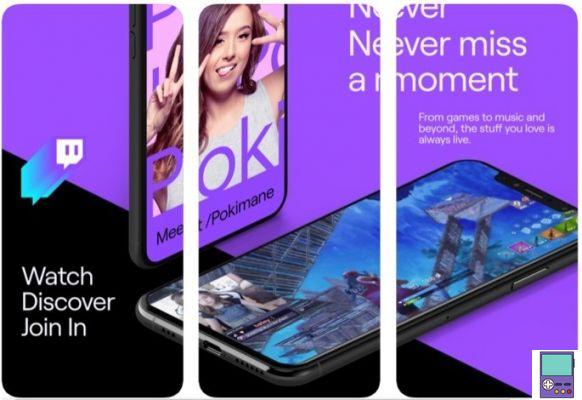 Twitch is a video platform dedicated to watching live games and related activities. But not only. The service also gathers other entertainment content, created by the users themselves.

There are also recorded videos available, as well as the possibility to participate in chats with streamers and other people who are interested in the same subjects.

The most famous bird in our country also has an app compatible with Chromecast. This means that it is possible to mirror the songs of Turma da Galinha Pintadinha on television and make the environment even more fun.

In all, the app provides 12 free clips (in Portuguese, English and Spanish). To release all episodes, as well as the episodes of the Galinha Mini series, you must become a subscriber. 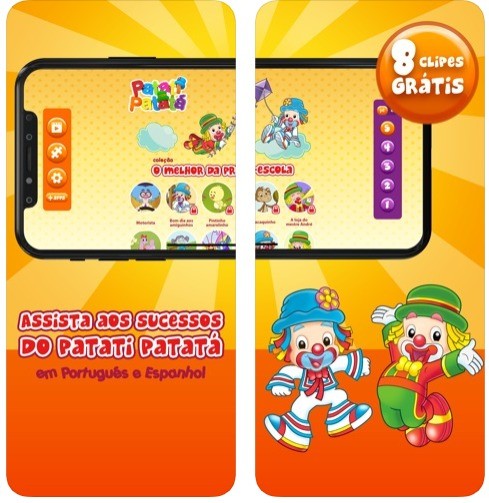 It is now possible to smile and play with Patati Patatá directly on the TV, thanks to Chromecast. The clown duo's app brings together 8 free music clips, 5 in Portuguese and 3 in Spanish.

There are also other possibilities for fun, such as puzzles, painting games, interactive activities and much more. 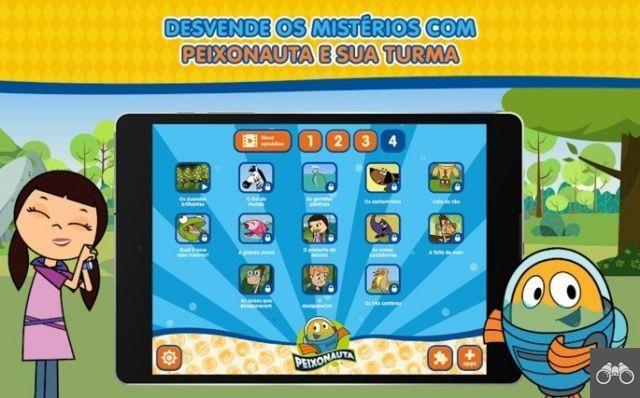 Your children can help secret agent Fishtronaut and his friends, Marina and Zico, to solve mysteries beyond educational. The investigations address topics such as sustainability and health.

In addition to having to follow sequences of movements to unravel the clues, and solve puzzles, the app features episodes from the cartoon. Only 4 of them are free. The game is suitable for children up to 5 years old. 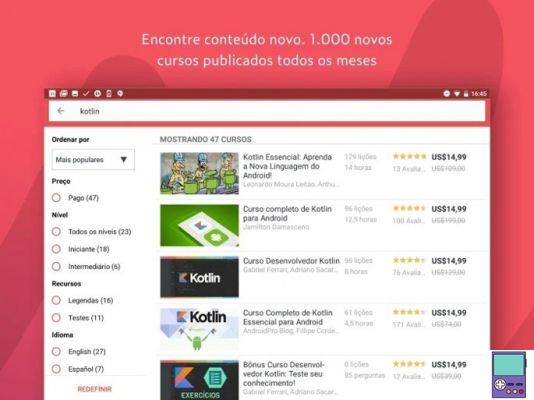 Udemy is a teaching platform that brings together more than 100 free and paid online video courses. The good news is that you can comfortably watch classes on your TV by mirroring the app via the Google dongle.

There are options available for varied areas of interest. Like, for example, lessons on web development and programming, personal development, digital marketing and more. 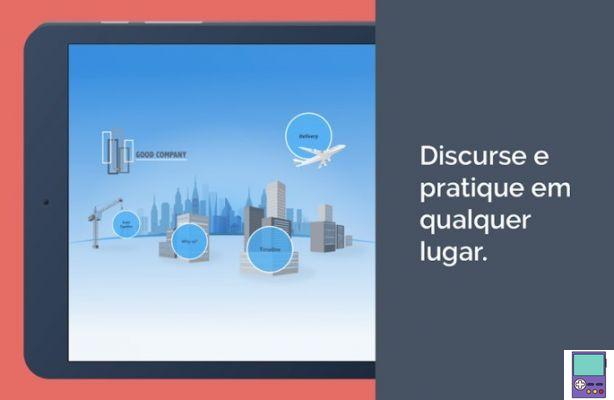 Prezi is the ideal program for those who want to create dynamic and original presentations, which go beyond ordinary slides. Compatible with Google's device, Prezi Viewer allows you to view and present content created on the platform.

According to the creators, the same rendering as computers is obtained. In addition, it is possible to share the works with others via email and through social networks.

Chromecast is a Google device that lets you stream from Android and iPhone devices to watch content on TV. To enjoy its features, you need a TV with an HDMI input, a Wi-Fi network and a compatible smartphone or PC.

The device displays content with a resolution of up to 1080p at 60 fps. To stream content, both devices must be connected to the same Wi-Fi network.

Did you like the tip? Also see 9 apps that turn your iPhone into a remote control.